Trying To Get Pregnant

You may get pregnant any time after you stop using them if you are using the following methods of birth control:

You may get pregnant in a few months after your periods become regular if you are using a hormonal method (pill, patch, implants, or injection)

Most women will get pregnant within six months and all women will become pregnant in one year if they are having sex regularly. If you don’t become pregnant after trying for a year, you are considered to be having trouble getting pregnant.

There can be several reasons for not getting pregnant. It may be due to timing, stress, age, premature withdrawal or pulling out by the partner, or reduced vaginal lubrication. There can also be involvement of more complicated medical factors or infertility issues. This is the time to have a pre-pregnancy checkup to find out if any of these factors are affecting your ability to get pregnant.

Knowing when you are most fertile (ovulating) will help you plan your pregnancy. Ovulation means that your hormones and egg are ready for fertilization. Having sex immediately before, during, or after ovulation gives you the best chance to get pregnant. Sperm can live up to 3 days in the woman’s body. You can become pregnant if you have sex a day or two before or after ovulation.

However, it is not easy to know exactly when you are ovulating. Doctors recommend that you have sex between 7th and 20th day of your cycle to become pregnant. Doctors and fertility experts tell that having sex every other day or every third day can also result in conception.

If you have an irregular menstrual cycle, an ovulation predictor kit (OPK) can help you identify when you are most fertile. These kits detect a surge in the production of luteinizing hormone (LH). The production of LH occurs roughly 36 hours before ovulation. You can buy an OPK without a prescription at most drug stores.

Signs and Symptoms Of Ovulation

The following are the signs and symptoms of ovulation:

The following three methods can help you identify when you are ovulating: 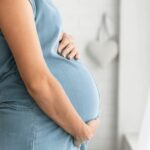 Tips For A Healthy Pregnancy 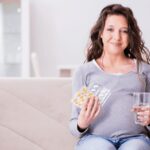 How Early Should you Start Practicing Hypnobirthing – 2023 Guide