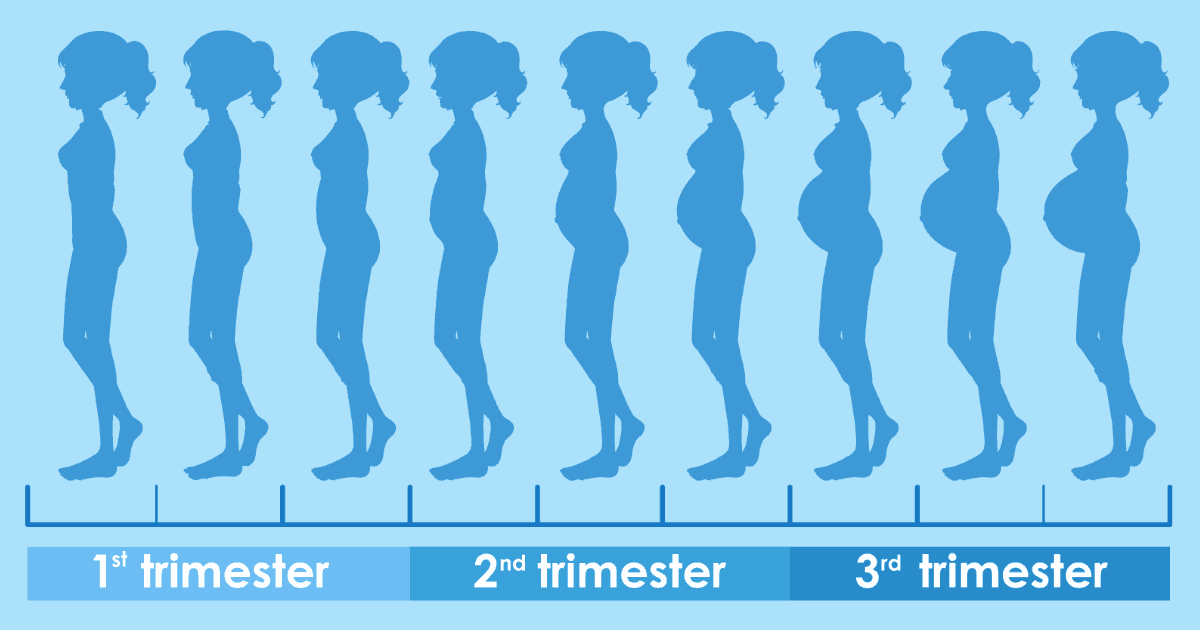 Pregnancy normally lasts about 40 weeks or about 9 months, calculated from the first day of the last menstrual period to delivery. These 9 months are grouped into three trimesters. What happens during the trimester is described below.

The events that lead to pregnancy start with conception, in which sperm meets the egg. The fertilized egg (zygote) travels through the woman’s fallopian tube to the uterus and implants itself in the uterine wall. The zygote consists of a bunch of cells, which later goes on to form the fetus and the placenta. The placenta provides oxygen and other nutrients to the fetus.

At 4 weeks, the baby is still an embryo, just begins to form the brain, spinal cord, and heart. Also, arm and leg buds begin to form.

At 8 weeks, the baby is a fetus. Arms and legs are a bit longer, the heart begins to beat, other organs, such as sex organs, fingers, and toes begin to form.

At 12 weeks, the baby’s nerves and muscles start to work together. Eyelids are closed.

At 16 weeks, the baby can make sucking movements with the mouth. The skin and musculoskeletal system begin to form.

Between 18 and 20 weeks, your OB/GYN can find out the sex of your baby. An ultrasound is done during these weeks to look for birth defects.

At 20 weeks, the baby’s eyelashes, eyebrows, fingernails, and toenails have developed. The baby is more active and the mother may begin to feel movement or kicking of the baby.

At 24 weeks, the lungs are formed but are not yet functional. Fingerprints and footprints form and the baby begins to sleep and wake up regularly. The baby’s hair begins to grow and the bone marrow begins to produce blood.

At 32 weeks, the baby’s eyes can open and close. Also, the bones are almost formed, but still soft. The baby is more active with increased movements and kicking.

At 36 weeks, the baby is growing bigger and has less space to move around. You can feel the movements of the baby, although less forceful.

At 37 weeks, the baby’s organs can function on their own and are theoretically considered full term. As the delivery date approached, the baby may get ready for birth by turning into a head-down position. 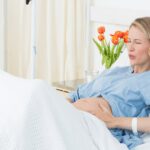 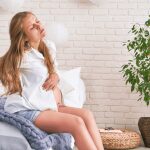 Aches And Pains During Pregnancy

5 Tips For Using Ormus While Pregnant Or Breastfeeding

Is Physiotherapy Safe During Pregnancy

4 Best Ways to Whiten Your Teeth

Tips for Moms to Ensure Your Child’s Next Fan or Follower Doesn’t...