Human chorionic gonadotropin or commonly known as hCG or even beta hCG is a hormone that initially helps detect pregnancy in a woman. In fact, home pregnancy tests done after at least a couple of weeks of conception, check for hCG levels in urine to determine if you are pregnant or not.

hCG levels are strongly connected to sustaining pregnancy as this causes the body to generate another important hormone through another temporary endocrine gland which helps in production of progesterone after ovulation. Progesterone too is a very important hormone which is responsible for stimulating the growth of new blood vessels in the uterus and maintaining pregnancy.

The hCG levels continue to go up as the pregnancy advances and monitoring it helps the doctors understand the state of the pregnancy. Low or falling hCG levels certainly signify a serious concern with the pregnancy, but if you have high levels then you need to understand what are the various reasons that could be the reason for such an increase.

The most common reason behind high hCG levels is that the mothr-to-be may be carrying more than one baby, say twins or multiples and additional tests can confirm this. Basically, more the number of embryos, higher the hCG levels as compared to a single embryo.

This write-up aims at explaining the other factors that can cause high hCG levels and also answer a few frequently asked questions about hCG.

The hormone hCG is actually released by the developing embryo as soon as it is implanted. Further it gets consistently released as the embryo goes on to develop into a fetus.

Generally high hCG levels may not be a cause of concern, but there might be some cases where it could be a reason to worry.

There are two types of molar pregnancies:

Complete Molar Pregnancy – in this type of pregnancy, the egg fertilized is empty as maternal chromosomes are absent. However, since the egg is still formed, then so is the placenta, but there is no baby at all.

Partial Molar Pregnancy – when an egg receives two sets of chromosomes from the father, instead of one. So basically, two sperms fertilize one egg and the egg then has 69 chromosomes instead of 46 (23 from mother, 23 from father).

In both kinds of pregnancies, the hCG levels might shoot up and hence high levels of the hormone need to be investigated.

Factors besides pregnancy that may affect hCG levels

Sometimes hCG levels may see a spike in the absence of pregnancy too. This should certainly ring alarm bells as it could signal toward the gestational trophoblastic tumor, which is a rare form of cancer. It is entirely treatable if detected in its earlier stages.

Elevated levels of hCG, when there is no pregnancy, could also point out to cancers of the uterus, stomach liver, pancreas, lungs or the large intestine. However, it is always recommended that you seek a medical professional’s advice before jumping to conclusions.

Q: How does one measure hCG levels?

Q: What is hCG doubling time?

To monitor hCG levels in pregnancy, your doctor will first find out your baseline hCG level, which becomes the base for calculating the doubling time.

It is necessary to know that there are special cases when it comes to hCG doubling time; as per studies, approximately 15% of pregnancies have revealed slower doubling time.

In normal conditions, the beta-hCG hormone level touches its peak between the 8th and 11th week of pregnancy and after this its levels steadily start decreasing.

Q: What if my hCG levels don’t rise?

In the first few weeks, one of the main indicators that the pregnancy is progressing well is a stable rise in hCG levels. Therefore, it is closely tracked by the doctors.

However, sometimes the hCG levels might not rise as much as expected in the stipulated time period and that’s where the base hCG level becomes important.

If the hormone levels don’t increase as expected or start falling, then that is definitely a matter of concern and doctors may suggest an urgent u/s scan (ultrasound) to investigate further.

hCG is a hormone that plays a crucial role when a woman gets pregnant; its levels determine the state of any pregnancy and is vital in tracking the progress of your baby’s growth in the womb. Therefore, it is necessary hCG levels are closely monitored throughout your pregnancy.

We hope our article helped you to get a fair idea about what high levels of hCG could mean. It is most likely if you are pregnant and have high hCG levels, you may be preparing to welcome more than one baby. Do not hesitate to speak to your doctor to know more.

And if you are indeed expecting more than one baby, then visit parentingnmore.com for more interesting & informative articles, which will definitely help you sail smoothly through your multiple pregnancy journey.

Wishing you a smooth pregnancy! 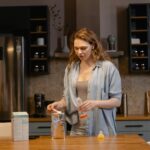 3 Baby Formula Forms to Choose From 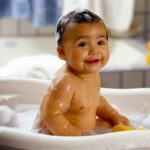 8 Important Things to Remember When Bathing a Baby

Why Pelvic Floor Physiotherapy Is Essential For Pregnant Women?

Aches And Pains During Pregnancy