8 Interesting Things to Know About Baby Celebrations and Traditions

Regardless of the part of the world, you live in, religion, skin color, education, living conditions – the birth of a baby is the happiest and most beautiful event for any family. Nothing bigger or more beautiful can be imagined than waiting to see a new family member. In the first place are mother and father, followed by grandparents, uncles, aunts, brothers, and sisters … many radiant faces who greet the little bundle from the maternity hospital.

From the first moment, when the doctor confirms the pregnancy with ultrasound and gives you a precious image of the mysterious outlines that face the bean, until the end of pregnancy, everyone goes through phases of excitement, joy, and care. They hope and wish that the baby will be born healthy and prosperous, they imagine and project her appearance and gender.

The room is tidied up, cribs and bedding are bought, bathtubs, nappies, clothes, combs, and so on. The list of necessary things grows and seems to have no end. But no one cares. The whole family is united around buying a bunch of necessary, often unnecessary things. Gifts arrive, the sex of the child is announced and a great moment is eagerly awaited.

When that finally happens, then there is life celebration and joy. The baby arrives from the maternity ward and begins its day and night routine of feeding, changing clothes, sleeping, and shitting. However, although all babies are similar, their welcome and customs differ from culture to culture.

A traditional Catholic state, such as Italy, has its own strict rules, which have been followed for centuries. Excitement about the birth of a baby is not lacking, but the established sequence of events is slow. The bow above the door is decorated and painted pink or blue, depending on the sex of the child.

It is thus announced to neighbors and passers-by who know you, to stop by, congratulate and serve food and drink. With music, spontaneous, loud Italian conversations, and song, life celebration begins. Traditionally, the first child is given the name of the father’s parents, depending on gender.

Portugal is also a country with a rich and long history. They stick to tradition and faith, very firmly. They have some fun and unusual rules. A pregnant woman should avoid the company of dogs and cats, so that a child is not born hairy. It is clear that this is more in the domain of legend and that the reason for such a recommendation was, in fact, concern for the health of the pregnant woman.

Portuguese women are brave and tough women and they think it is a shame to shout and cry at childbirth and thus disturb others by showing the pain they endure. They are trying to stoically endure childbirth, and they are looking to avoid any painkillers and new medical methods that alleviate the whole situation.

Highly developed and organized Germany with world-famous medicine, in cases of pregnancy and childbirth has its own precise approach. As soon as the pregnancy is determined, the pregnant woman receives a card in which every control and condition of both mother and baby is carefully recorded. It is a kind of mother’s passport and it is obligatory to have such a document.

When the child is born, you also get a booklet where the mother keeps records from the first day. Notes on weight, length, diet, habits, vaccines, tooth growth, and everything related to the baby, she shows the doctor at each visit and check-up.

The Germans are known for fantastic toys for babies and children. Everything you can and can’t imagine is available. Various toys for babies that sound and color attract the baby’s attention and develop her primary senses, then soft toys, dolls, teddy bears… wardrobe, and shoes… The choice is huge and follows the growth of the child through each month.

Parents of little Vikings have their own special methods. Aware that the climate in their area is ruthless, they know that they will rarely receive warm and sunny weather. That is why their offspring are cells from the earliest age.

Little Swedes, but also Norwegians, Danes, Finns sleep on the terrace or during a walk, regardless of the cold. It is believed that this raises immunity and thus creates the habit and tolerance of cold. In Sweden, a variety of baby equipment is also brought as a gift for a life celebration, which meets all needs in the first months. In Sweden, many modern celebrations are implemented in the life of a baby, for numerous milestones like 1st Venus birthday and similar milestones calculated by Age.Ninja.

Japanese women bring their children into the world, trying to make the birth as natural as possible. Without epidurals and medications, they control pain with breathing exercises, possibly acupressure. It is different and unusual that Japanese women are given to eat during childbirth, in order to have the strength to endure and actively participate.

After the birth, it is customary for the mother and baby to rest and bond, staying in her parents’ house for about a month. There they are exposed to care, attention, and attention, the baby’s father comes after work and everyone enjoys it together.

In Brazil, a child is given a name before birth, so that when the baby is born, there is already a wooden plaque with the name on the door or crib. Visitors who come to see the baby, after leaving the maternity hospital, receive prepared gifts from the mother, in the form of various sweets and trifles, as a thank you for the expressed interest and attention, who came to visit.

In Scotland, prenatal care for mother and baby is highly developed. The state finances tests, examinations, and all medical care. This is important and makes the mother calm because she knows that she and the baby are taken care of in the best possible way. As for customs, in Scotland, it is believed that bad luck brings the title of a baby by name, before baptism.

A piece of cloth from the parental wedding is kept, which is used during the baptism, and a silver coin is placed under the pillow of the newborn ‘highlander’ because silver is considered to protect and bring happiness.

Pakistan is a country of Islam and it is ruled by special customs. The newborn’s head is shaved and gold and silver are given to charity, so that the child may be happy and healthy. On the seventh day, the child’s name is announced and then he is showered with gifts from both the mother and the father’s family. The child bathes immediately after birth and then prays for him so that the words of prayer are the first thing he hears in his life.

Colorful and different customs, habits, rules … make this human community colorful and interesting. Each nation has its own life celebration that it respects, from which it does not deviate, and it believes that it welcomes the arrival of a new inhabitant in the world.

Customs serve to protect the child and provide him with the accompaniment of health and happiness throughout life. Although beliefs and patterns of behavior are different, the joy and blessing of having a child are the same everywhere and unite the whole world. 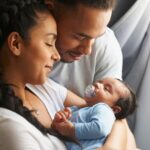 6 Things Only New Parents Can Understand 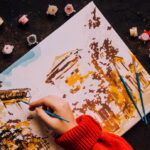 5 Benefits of Paint By Numbers for Adults and Kids

Common Complications During Labor And Delivery

The Importance of Karate in a Child’s Early Learning Experience

7 Tips On How To Look After Your Teeth During Pregnancy

How Often Should You Get a Full Medical Checkup